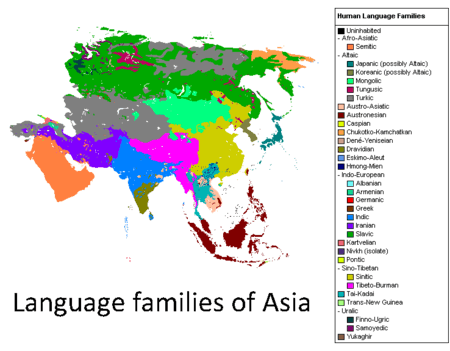 There is a wide variety of languages spoken throughout Asia, comprising a number of families and some unrelated isolates. Asian languages usually have a long tradition of writing, but not always.

The major families in terms of numbers are Indo-European in South Asia and Sino-Tibetan in East Asia. Several other families are regionally dominant.